It was good to see so many people showing an interest and turning out on such a freezing cold day. I know that some had some experience, but most had no idea what they were letting themselves in for. They each received a starter pack with the instructions, “On pain of death, do not write on these guideline sheets”. “Why not?” you may ask. Well, with care these sheets will last a lifetime. Once written on, unless you have unlimited access to a copier or PC with a printer, they are gone.

In the pack were …. A3, Roundhand and Roman alphabets. 1 inch lines, a double page spread of 1/8 inch lines. A4, a sheet of 1/8 inch lines with various combinations of letter sizes that can be used using the same guideline sheet, and a simple spacing guide, “the balloon is going up”.

First, with a sheet of decorators lining paper spread across two tables, a very brief  (we are here to learn how to do, rather than why) history of the scripts we were going to be using in this session, from Greek, to Roman Capitals, Roman Cursive, leaving Uncials for another day, through Alcuin’s involvement with the Carolingian and Humanist scripts, to Edward Johnston’s study of his foundational hand with which we begin  today. Incidentally, Johnston’s book, Writing & Illuminating & Lettering is available, free, to download or read online.

Perhaps I should have used Jeffrey’s video to illustrate.

From Alpha to Omega, and A to Z and then a 30 foot roll of humanist minuscules with an x height of 12 inches spread before them the participants were invited to join in with their double pencils. Then, when I thought I had them on the ropes, I allowed a weary but cheery group to take a seat and with their 1 inch guidelines, begin the first lesson in earnest.

First tracing from the guide sheet and then freehand using the 1 inch lines and referring to Calligradoodles 0002, cups of tea and lots of chat, time was flying and skills increasing. Roman Capitals (Lesson Two) will have to wait ’til  next time but has been set as “gentle” homework as our next meeting is two weeks from now.

A very quick look at what we shall be playing with over the next four sessions,

plus, at some point we are hoping to do a live filming of Old English Blackletter Caps and minuscules as they are demonstrated. It looks as if we are going to be kept very busy indeed.

I know that some of the class are unable, due to previous engagements, work etc to attend each session, but if you follow the blog and practise whenever you can, you should be able to keep up with events.

With Thanks to Luton Culture and the Museum staff for putting up with us, and  JEWELS for their generously discounted materials.

Don’t forget. If you have any questions or suggestions, please don’t hesitate to use the comments box.

More help and support at Calligraphy at Bill’s Space Mk II on Facebook.

Looking forward to next time.

Keep watching this space, and P,P,P.

Posted in ,calligraphy,calligraffiti,lettering, how to, Art, Beginners, Calligraphy Workshop 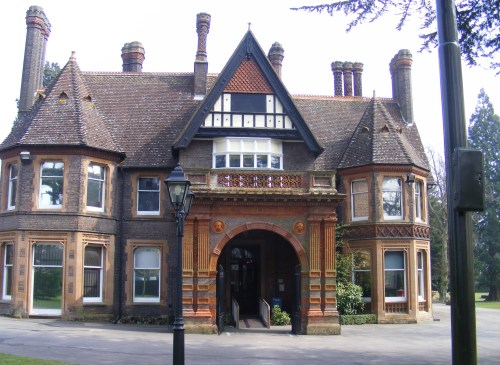 If you have signed up for or are thinking of attending the Calligraphy Workshops at Wardown Park Museum, or would like to follow the progress of the group, this is the place to come for information and support.

These sessions will be very informal with the emphasis being on doing, rather than listening and taking copious notes.

I usually ask participants to bring with them the following articles if at all possible, but to start with, you can get by with 2 pencils and 2 elastic bands.

A drawing board, approximately 18” x 24”. MDF or something similar will do, Something to prop it up to make a writing slope, i.e., a piece of wood 4” x 4” or perhaps a brick wrapped in a carrier bag.

A ruler , preferably 2 foot, and a set square.

A set of roundhand nibs with penholder and reservoirs.

A calligraphy fountain pen is a handy addition for practice work. (Any left-handers will benefit by choosing left hand oblique nibs).

Calligraphy ink. NOT WATERPROOF. Avoid Indian ink whether waterproof or not

2 HB and I 2H pencil. A 00 paint brush. A cheap brush for mixing. A palette or saucer. A jar for water and a kitchen roll.

An A3 Layout pad or even a cheap sketch book. If you have some, a nice HP watercolour paper for your finished work.

Jewels Arts and Crafts Centre in H/Regis, (where I should be on Tuesday afternoons), have agreed to supply some of the above on a sale or return basis, at 10% discount. If you can visit Jewels, mention the workshop and you will get the same discount. I am sure you will be surprised at the diversity of the stock and the number of workshops and groups that happen there.

To get a head start it would be to your advantage to see Getting started in Calligraphy and then Lesson one  Roundhand.

At the end of week-one I shall post a resume of what has been covered so-far and links appertaining to the next session.

If you have any questions or suggestions, please don’t hesitate to use the comments box.

I look forward to meeting you all.

Posted in ,calligraphy,calligraffiti,lettering, how to, Art, Beginners, tutorial